A development by a major house builder consisting of 77 units in Mid Kent.

Barkemp were instructed as the Groundworks contractor by a major national house builder for their site in Mid Kent in 2017. The site consists of 77 units with a mix of flats and houses close to a popular town in the heart of Kent.

The site had numerous challenges which Barkemp had to overcome in order to commence groundworks. The site is adjacent to a high tech office block, which remained operational throughout the works; this meant access through the construction site had to be maintained at all times and heavy works had to be carefully sequenced in order not to disrupt the office with noise or vibration.

Prior to commencing construction it was noted there were numerous cables buried at various depths within the construction area. These included of high capacity fibre optic cables that served major online retailers with significant transactions going through them on a daily basis. Each cable was identified, mapped and carefully avoided even when they hadn’t been buried correctly in the first place. Many of the cables had to be carefully excavated around and re-laid or diverted to new depths or positions.

The work was completed on time and handed to the developer in October 2020 with units now occupied. 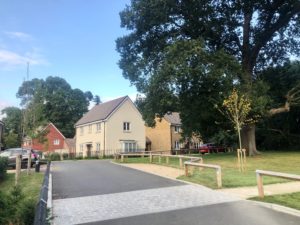 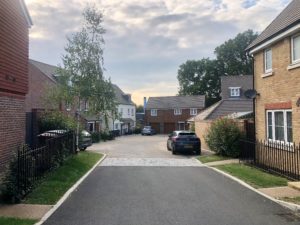 A development by a major national house builder consisting of 80 units located in a semi-rural location of Surrey.

A development by a major national house builder consisting of 110 units located in a East Sussex village.

Section 278 works at a busy junction in Sussex.

You can find out more about which cookies we are using or switch them off in settings.

This website uses cookies so that we can provide you with the best user experience possible. Cookie information is stored in your browser and performs functions such as recognising you when you return to our website and helping our team to understand which sections of the website you find most interesting and useful.

Strictly Necessary Cookie should be enabled at all times so that we can save your preferences for cookie settings.

If you disable this cookie, we will not be able to save your preferences. This means that every time you visit this website you will need to enable or disable cookies again.

This website uses Google Analytics to collect anonymous information such as the number of visitors to the site, and the most popular pages.

Please enable Strictly Necessary Cookies first so that we can save your preferences!